Springboro chiropractor Dennis Brickner recently participated in the Ohio State Senior Olympic Track and Field Games at Otterbein University in Columbus. Dr. Brickner is shown with his 6 gold medals that he won in the high jump, the 50, 100, 200 and 400 meter dashes along with being on the winning 4 x 100 meter relay team.

Dr. Brickner has been a chiropractor in Springboro for 30 years and has been running in the Senior Olympics for the last five years and has qualified twice for the National Senior Games. 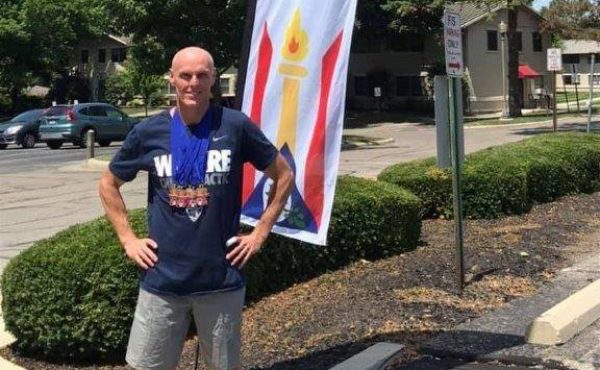